Do we have a referral program? Of course we do! We absolutely love referrals. And we like to thank the people that refer us business in a memorable way. Do you like feeling like Wonder Woman or Superman? When you refer us to another business you’ll get this awesome kit from us. 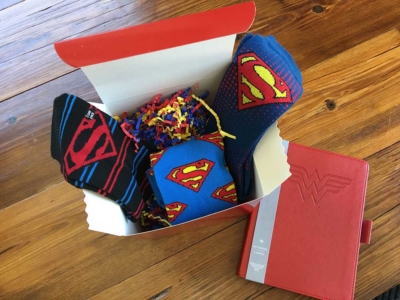 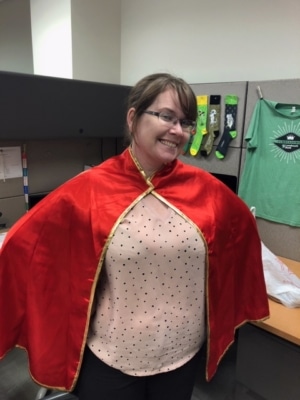 Referrals are an important part of a healthy B2B relationship. Not only can you refer people you’re working with, but you can also be referred. Did you know that customers are four times more likely to buy when referred by a friend? The lifetime value of a referred customers is 16% higher, on average, than a non-referred customer.

Recently, the Word of Mouth Marketing Association (WOMMA) measured the total marketplace impact at $6 trillion dollars, and found that the value of a single word-of-mouth impression is anywhere from 5 to 100+ times more valuable than a paid media impression.

Referral marketing programs can dramatically increase existing customer engagements and help with customer acquisition while spreading brand awareness. We actually have our referral kit on our MEDiAHEAD portal, so it’s easy for us to just enter the referring person’s information and the kit is auto generated. (Yes, we eat our own cooking.)

So next time you are impressed with a product or service you love, be sure to tell people about it. And if you’ve worked with us, please tell other companies how we’ve helped you so that we can thank you heroically. We would love to make you feel like Wonder Woman or Superman!

As I’ve worked in sales for almost all of my career, I think I’ve heard nearly every possible excuse. “I’m busy right now”, “I’ll think about it”, “Let me get back to you on that” are just a few of the most common deflectors used by potential clients who feel it’s impolite to say no right off the bat.

But these are all just early signals that later in the process they may eventually go cold, dodge emails or evade sales calls. Many salespeople would much prefer that you started with a clear and firm “no thank you.” As sales professionals, we genuinely appreciate the upfront “no”.

There are several reasons why this is the case.

Waste of Time and Resources as a Salesperson 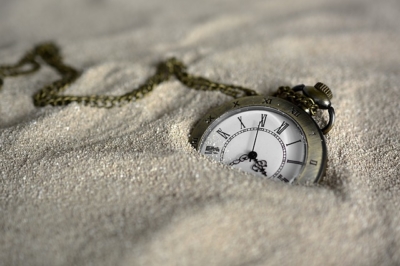 When fielding a sales call, the recipient knows that if they don’t close the door on the proposition, they are almost certainly going to be contacted again.

I spoke in my last blog post about the “Rule of Seven”, and the importance of persistence as a sales person. I expect to speak to a prospect several times (at least 7) before making the sale. Therefore, by not shutting me down at the initial point of contact, I am going to schedule more calls, emails and possibly meetings to try and win a client over.

This is a huge waste of resources if the client has no actual intention of ever utilizing the products or services I’m selling. Time and energy would be much better spent on prospects who are taking a genuine interest in what is being offered.

Waste of Time and Resources for the Prospect

It’s not just the sales staff that suffers when a prospect doesn’t say that the service is of no interest to them.

As already mentioned, they will have to spend additional time on the phone with the sales rep, which in some cases, is several times a week. Then there’s reading and/or deleting follow up emails, LinkedIn messages and any other form of professional communication they might receive.

That time would be much better dedicated to taking care of their core responsibilities in whatever role he or she fills at their company. 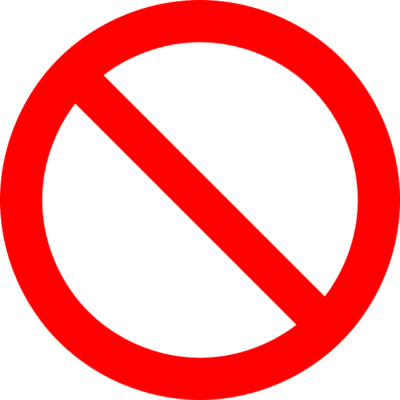 If a prospect continues to offer hope to a salesperson, the rep is going to keep contacting them to try and set up a meeting or call, receiving a chance to present services face-to-face and develop the relationship further. If a prospect has no real interest in what the rep is pitching, then that prospect is going to become increasingly annoyed.

It’s surprising how often, despite the inconvenience, prospects will continue to keep up the facade of being interested in the products and services reps offer. In rare cases, prospects can finally flip out and say in no uncertain terms that they don’t want to be contacted again. There’s simply no need to get to this point. By just being up front and honest at the very beginning, both parties benefit enormously.

Where this can become very frustrating is when quality time is wasted on non-interested parties, instead of the people who need it the most.

By expending quality time on non-interested prospects, there may be several clients that are almost ready to sign on the dotted line who are not receiving the sales support they deserve. It may be the case that an interested party only has a few clarification questions before committing to an agreement.

If sales reps have been spending too much time focusing on the wrong people, they could miss out on a sale by not having the time to answer other prospect’s questions that could help them close the deal. 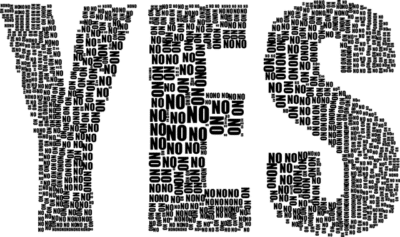 Sometimes, people find it difficult to say no.

It could be that they feel personally uncomfortable saying no to a salesperson once a friendly rapport has been built. Personally, I would say that if this is you, don’t be afraid to say no. You can do so politely and there will be no animosity or hard feelings whatsoever. As sales professionals, we know it’s about the numbers, and we expect many more people to say no than yes.

A lot of my successfully landed clients informed me that the services I was offering weren’t for them at that moment in time. I was then able to respond with a simple, “Thank you. I’ll check back in with you in 6 months.”

When I checked back, they knew who I was, they knew about the services I offered and circumstances had sufficiently changed for them to become interested in what I had to sell. They later became a client.

Imagine the amount of resources I would’ve had to invest had they not initially said no!

I’ve always valued honesty, and by saying a polite “no thank you” you’re going to save time for everyone involved. It helps a salesperson focus their efforts on those who need it most.

So next time you take a sales call and it’s not a fit, consider giving a polite “no thank you.”

MEDiAHEAD wishes you and yours a safe and wonderful time on this special day in American history.