I’m sure some of my friends and clients will laugh when they read this blog and find that my roots come from the circus. Always the entertainer and storyteller! I grew up with my grandparents’ stories of elephants, camels, zebras, ponies, monkeys and dogs.

The circus was started by four Gentry brothers from Bloomington, Indiana in 1885 and was probably the greatest dog and pony show ever developed. My grandmother, Nana, was a Gentry.

My grandmother’s favorite story was a poodle that was placed in a burning building and rescued by a clanging wagon of monkeys!

My grandfather’s favorite story was when they were building the Fiji house at Indiana University, the limestone columns were too heavy, so they enlisted Nana’s elephants to drag them from the train tracks to the fraternity house. Can you imagine!?!? 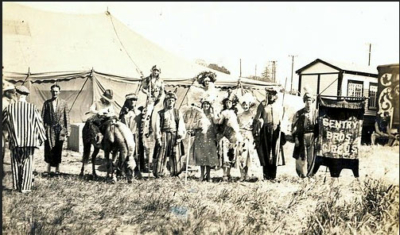 The circus had developed such a reputation by 1902 that the name was changed to Gentry Brothers Famous Shows. An elaborate route book was published that year that listed a total of 72 railroad cars, 22 elephants, 12 camels, 150 ponies, 90 dogs, 60 monkeys and a zebra.

By 1910, the Gentry Brothers circus was considered the largest traveling show in the United States. They had an 18-piece band and a steam calliope. They also added trapeze acts, a side show and a cookhouse. 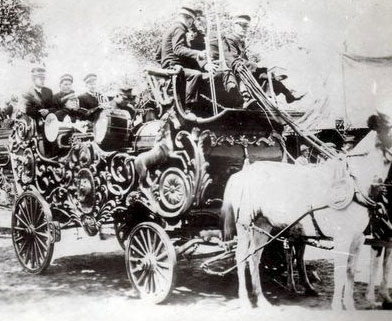 Many problems confronted the circus, but the critical one was that the owners never know how many people were going to attend – sound familiar? They also encountered an epidemic (the flu of 1918 – sound familiar?) Weather and other natural circumstances also caused headaches – a tornado in Nebraska, a 12-inch snowstorm in June in Colorado.

One interesting local tidbit was that their wagons came from the Beggs Wagon Company, who made the “highest class circus wagons on the market.” Their building was near the Rieger Distillery right here in Kansas City.

The Gentry Brothers closed in October 24, 1929 – the next day was Black Friday on Wall Street and my father was born in June of 1929, too young to enjoy all the animals and circus fun.

The last of the circus brothers died in 1951, but what a wonderful ride they and my Nana had! 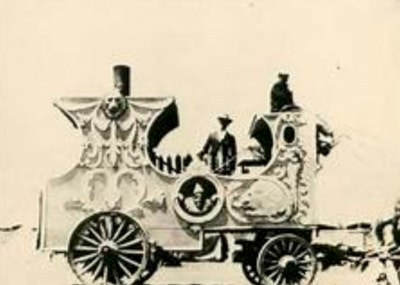