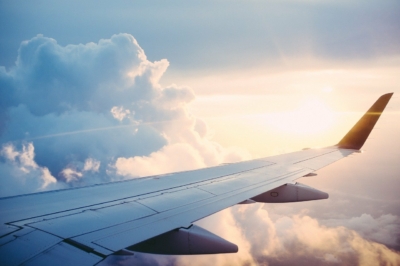 Everyone asks themselves – what’s up with all those Bill Murray stories? There is even a new documentary, The Bill Murray Stories: Life Lessons from a Mythical Man that tracks down all the witnesses.

Several years ago, I was flying from Kansas City to NYC. I was late, almost missed the flight and cranky. I was shoving my bag in the overhead when a man, who was in the aisle seat, asked me if he could buy me dinner (which of course was free on Midwest Airlines). After I crawled over him and flopped into the window seat, I turned to him and realized who he was. With shock I said, “OMFG. You’re Bill Murray!”

I knew that this was going to be a really fun flight.

Bill purchased almost the entire liquor cart for us and I laughed so much that my face started hurting halfway through the flight. Bill is such a flirt with everyone! But, he also got a bit serious and talked about his kids and his love for Frank Lloyd Wright. He had recently taken them to see Falling Water in Mill Run in Pennsylvania.

At one point he wanted me to listen to his favorite band, Roxy Music. His headphones were out of juice, but he ran down the aisle of the plane asking people if they had any AA batteries. I’m sure someone took them out of their device, so he could have them.

When we were walking through La Guardia, I asked him how he deals with all the people staring and taking photos of him. Fifty years into his career he said he likes surprising people and doing whatever he likes, because he can.

By now, many people have Bill stories. He has turned being famous into performance art.

There is the story of a stewardess, Bill called her over and asked her for one of her shoes. He poured his peas in her shoe and proceeded to eat them. He said that he thought her shoe would give the airplane peas some better flavor. He also walked around, picking up everyone’s trash.

He has bartended, crashed weddings and bachelor parties, picked fries off of stranger’s plates and walked up to people from behind, covering their eyes saying, “guess who.” He’s been spotted riding a child’s bike through Walmart, doing people’s wash at parties and trying to persuade a barista at Starbucks to slip some whiskey into his eggnog latte.

Murray often offers a famous parting shot to the stranger(s) he’s surprised: “and no one will ever believe you!”

That guy you see in the movies? That’s him in real life. I hope you get to meet him someday! 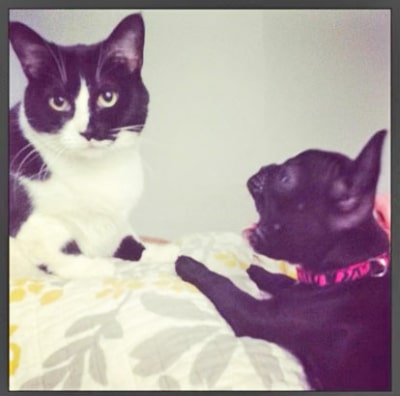 Hi guys. It’s Izzy. And this month I have some sad news to share.

My friend Monkey (we called her Mo) passed away a few weeks ago. She was the best cat friend a dog could ask for. I terrorized her daily, but I loved her so much. I still run around the house searching for her every day.

The last few days, Monkey couldn’t walk, so I stayed on the couch and cuddled with her all day and night till she passed.

My parents got some advice on how to deal with my grief. 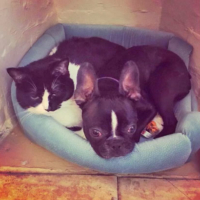 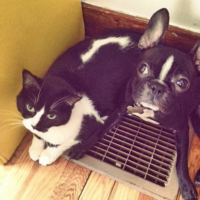 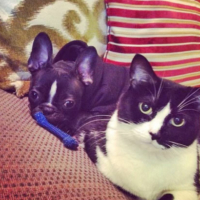 One thing that hasn’t changed is my appetite. 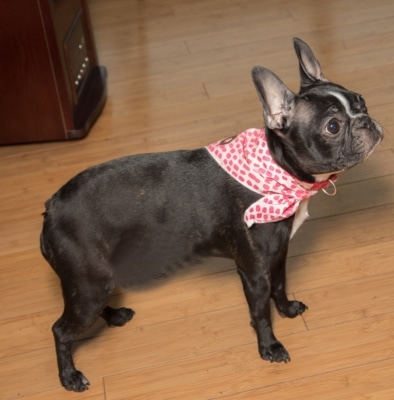 I still scour the office every day for any unsupervised snacks. I think I’m getting a little extra because they know I’m sad. I even got some pizza last Friday!

Monkey lived for 20 years, which is a long time for my best friend.

I will miss her so much!