I’m currently editing a book that my father wrote about a motorcycle trip he took to Europe in 1951, after WWII. He traveled up to Quebec from Indiana and caught a freighter to the white cliffs of Dover, England. 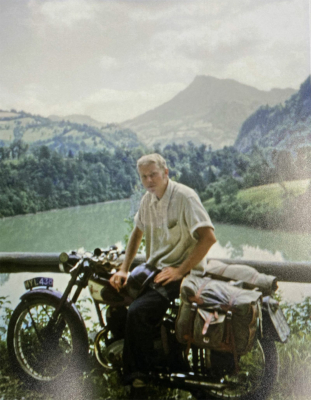 After he arrived, he purchased a WWII motorcycle (with no shocks) and rode 7,000 miles, including time in the Russian sector and all the way up to Norway and down to Spain.

He slept in barns, haystacks, youth hostels and dingy hotels. Most of his diet consisted of wine, bread and sausages in his saddlebags.

He writes halfway through the book, “my clothes are in bad shape. The cords were in shreds by the time I got to Vienna. My jacket is thread bare and my gloves have holes in them. I needed refitting in Brighton and it is necessary to travel light, as I must carry a certain amount of food with me.”

Most of Europe was still re-building from WWII and he talks about what a strange sight it was.
“First a feeling of disbelief, then wonder, then you are ashamed, because you have done this. You have knocked great buildings into great piles of rubble, into lonely walls and twisted steel. And if a building does stand, there is absolutely not one that is not completely pockmarked – chunks of plaster, stone and brick have been splattered away.”

After 7,000 miles, as he was heading to Dover, the engine finally gave out with 35 miles to go. Fortunately for him, two Tommies came along on motorcycles and gave him a ride to the ferry.

Such an unusual trip for a twenty-two year old boy from Bloomington, Indiana.

My father traveled back to Europe every year after he graduated from law school and I started going with him when I was thirteen.

He is in hospice now and his absolute favorite thing to do is reminisce about his many trips.

I’m so glad at the end of his life that he got to do all the things he wanted to and can still travel to far off places in his memories. 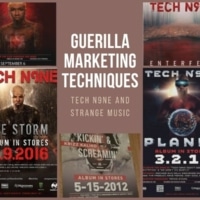 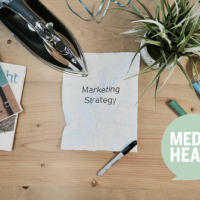