Do you remember where you were at on 9/11? I will Never Forget.

I happened to be at the Hen House in Mission picking up flowers for one of the people that worked for me. It was her birthday. Over the loud speaker, they said someone had hit one of the twin towers in New York City. In a plane. I immediately stopped in the isle; I couldn’t believe what I was hearing. So I checked out with my groceries and got to work.

I worked at Sprint at the time on Ward Parkway. I ran into the building and they had already set up a TV in the lobby and had the news going. Everyone from the building was huddled together in the lobby watching. We couldn’t believe what we were seeing. 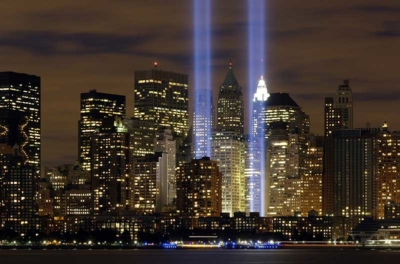 I remember it just as if it were yesterday.

So many brave men and women served that day. Some lost their lives and the rest have to live with the terrible memories.

I went to New York shortly after the attacks to see Ground Zero. Let me tell you, no words can describe how it made me feel inside.

They now have a wonderful Memorial tribute remembering all those from September 11 and of those killed in the World Trade Center bombing in February of 1993.

The Memorial’s twin reflection pools are nearly an acre wide and feature largest constructed waterfalls in North America. The pools sit right where the Twin Towers once stood. The names of every person who died in the 2001 and 1993 attacks are inscribed in bronze panels edging the Memorial pools. 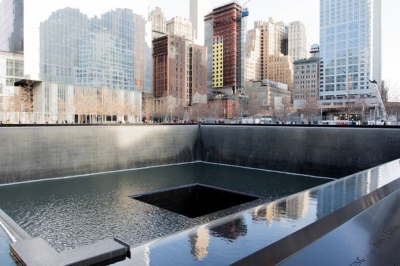 This is a powerful reminder of the largest loss of life from a foreign attack on American soil and the greatest single loss of rescue personnel in American history.

So on this September 11th please remember all those who served or lost their lives that day. Take a moment of silence to remember them.

Izzy: I’m on the blog team now! This could be ruff. 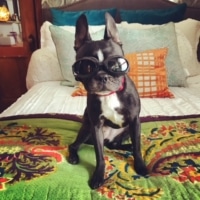 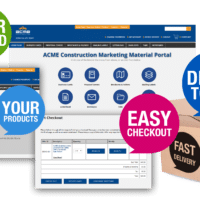